Reflections on the 2016 Presidential Election 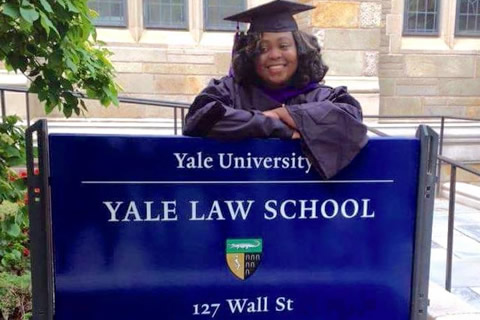 In the world of politics, 2016 was quite a chaotic year. Norms that had been established for decades were completely upended. Civility took a backseat to brashness. And people of diverse cultural and religious backgrounds were subject to discriminatory rhetoric.

On November 9th, I woke up in the MGM Grand Hotel in Detroit, Michigan and continued watching the cable news channels–hoping to hear a coherent account of the election result. This result was shocking. Just the day before, I was part of a statewide team working feverishly to put Michigan in the win column for Democrats. From August to November, I had the honor of serving as the Voter Protection Director for the Michigan Coordinated Campaign, tasked with helping Secretary Hillary Clinton and other Democrats down the ballot win elected office. Despite the Michigan team’s hard work, Secretary Clinton lost the Presidential election in Michigan by just 10,704 votes.

My experience as Voter Protection Director of Michigan underscored my passion for politics, voting rights, and constitutional law. My small team of deputies and volunteers worked to recruit over 800 volunteer attorneys and law students to watch the polls on Election Day. This was a record-breaking number of volunteers as compared to previous election cycles in Michigan. We also trained the campaign organizers so that voter registration and canvassing activities were compliant with state and national regulations.

Yet, when you think about elections, voter protection may not be the first thing to pop into your mind, but it is important now more than ever. This past election was the first Presidential election in the modern era without the full protection of the Voting Rights Acts of 1965 (VRA). In 2013, the Supreme Court effectively gutted the VRA in a case called Shelby County v. Holder. The Court held that Section 4(b) of the VRA is unconstitutional. Section 5 requires certain state and local governments to seek federal approval (preclearance) before making any changes to their voting procedures. Section 4(b) contained the formula by which the federal government determined which jurisdictions needed preclearance. Without Section 4(b)’s coverage formula, Section 5 has no effect. This means that states, many of which have long histories of racial discrimination, no longer need federal approval before making changes that affect voting practices, such as changing voter registration requirements and re-allocating election administration resources.

Progressives who work in the area of voter protection primarily strive to do three things:

Voter education and voter protection are critical for the future health of the American democracy. Moving forward, we must devote more time and resources to these efforts during all election cycles. Additionally, during off-cycle years, we must continue to register people to vote and advocate for needed initiatives and resources such as expanded voting hours, more poll booths, as well as more convenient polling locations.

Although I was not pleased with the Presidential election result, I returned to Philadelphia with a renewed bout of energy to push for progressive reforms that promote civil rights. And I noticed a similar appetite for reform in others. My observation was solidified when I participated in an event hosted by Young Involved Philadelphia in November called “Born to Run.” About 200 Philadelphia millennials who were interested in running for office and being of service to their communities attended. I was so proud to see the number of women at the event who were fearless; they were fired up and ready to create lasting change.

I truly believe that this generation of women who are rising up will preserve the ethos of our democracy by continuing the fight for civil rights, women’s rights and economic justice. Therefore, as girls with goals, the Teenshop family is poised to make a tremendous impact on our society.

I want to encourage you to be part of this wave of positive energy. I hope some of you will consider a career in politics. You do not have to run for office. You can be a campaign manager or an organizing director. If you have never volunteered on a campaign, make sure you give it a try by starting locally. Politics is a great way to be of service and to explore a rewarding career path.

Regardless of whether you work or volunteer on a political campaign, here are 4 habits I encourage you to adopt in order to make an impact on your community in 2017 and beyond:

Be fearless in your pursuit of justice. Each of you have the power within to make a difference in your community. And when you combine forces with other like-minded young women, anything is possible. This is not the time to be discouraged. This is the time for consistent, thoughtful action.

Jenne Ayers is a graduate of Harvard College and Yale Law School. She is a Zion Teenshop alumna and member of the Teenshop, Inc. Board of Directors. Jenne has served as the Keynote Speaker for Teenshop’s Women’s History Month Leadership Luncheon, and a workshop presenter for our Residential College Preparatory Summer Program at Bryn Mawr College in Montgomery County, PA 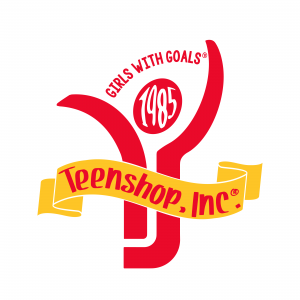